Repairs by Post can help get the repair done right where others fail.

Get started with the UK's leading Bremont watch repair service centre, we won't break your wallet!

Open a watch repair request online, tell us about your repair - upload photo's to our UK service centre. Our expert team will examine your online repair request. If your repair is accepted, we notify you the same day with FREE shipping instructions. Still not convinced? Read on.

Let Repairs by post handle the fuss with our easy to use Bremont watch battery replacement service. Our technicians replace batteries for all Bremont models of ladies and mens wrist-watch.

Bremont watch repair near me?

Take a walk to your nearest post office and go direct to the UK's leading Bremont watch repair service centre.

We’ve made it safe, fast and FREE to send your watch to Repairs by post. Just wrap, pack and attach our free Royal Mail postage-paid shipping label. Repairs by post will have your Bremont watch repair off to a flying start in no-time, and with the peace of mind you’re are dealing with Britains leading online Bremont repair centre.

Bremont watch stopped working? We can fix it.

It’s recommended that your Bremont wristwatch is maintained and looked after professionally ensuring it lasts the test of time. Repairs by Post offer a fast, professional local Bremont watch repair service to ensure your Bremont timepiece continues to work for years to come. If your watch has stopped working, broken, needs a service, an anaesthetic make-over or a battery replacement our expert watch team can fix it.

How it works
Bremont Battery Replacement

Swiss-made batteries with a two-year guarantee. Replaced and resealed then pressure tested to ensure your watch stays water-tight. Our battery replacement service stops 75% of Bremont watch mail-functions in their tracks.

Leather, silicone or metal bracelet? Let Repairs by post update your Bremont with a manufacture original strap or replacement. We can source and supply original and replacement Bremont straps and bracelets for all models.

The crown sets the time, date, winds and starts/stop your watch. Accidental damage, miss-use, or impact can cause malfunction or worse break the crown and stem. Our Bremont watch crown and stem replacement service will get your Bremont operating and looking like new.

If your watch-glass has been broken, scratched or damaged, use our watch glass replacement service. It's the SOS cost-effective solution to get your Bremont fixed and looking like new again.

Over-time the watch dial, face, digits and hands can become tarnished, corrode or worse break or fall-off: water entering the watch case, a broken watch glass, or leaky battery can cause any of these un-sightly issues. We can help fix these issues and get your Bremont watch looking new again. 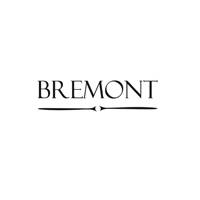 The history of Bremont watches

A relatively new brand in watchmaking terms, Bremont is based on Henley and originated in 2002. Nick and Giles English share a passion for all things nautical and beautiful craftsmanship. Their lives changed forever in 1995 when their father died in a plane crash, and Nick was severely injured. They realised then that life was too short and that they needed to do something that fulfilled them.

They decided upon the name Bremont in thanks to Antione Bremont who helped Nick and Giles when they flew into bad weather while flying over France. Antoine Bremont, a fan of flying himself, showed them generous hospitality. He was also an avid collector of watches and clocks and so to repay him, they named the watches in his honour.

Each watch has nine layers of anti-reflective treatment, meaning that Bremont watches are seven times harder than the competitor. It is important for the brand that they keep their watchmaking as Britsh as possible. The majority of the parts are produced in Britain as well as the handmade leather packaging.

Bremont has won many prestigious awards; Luxury Watch Brand of the Year (twice) at the Retail Jewellery UK Jewellery Awards and Watch Pro Luxury watch of the Year. They partner with many well-known companies such as Britsh Airways, Jaguar, Invictus Games, Boeing and Henley Royal Regatta.

"I was really pleased with the price of the repair and the quality workmanship as you couldn't tell I had even smashed my screen - Michael Kors Access Bradshaw owner."

"Great service from start to finish."